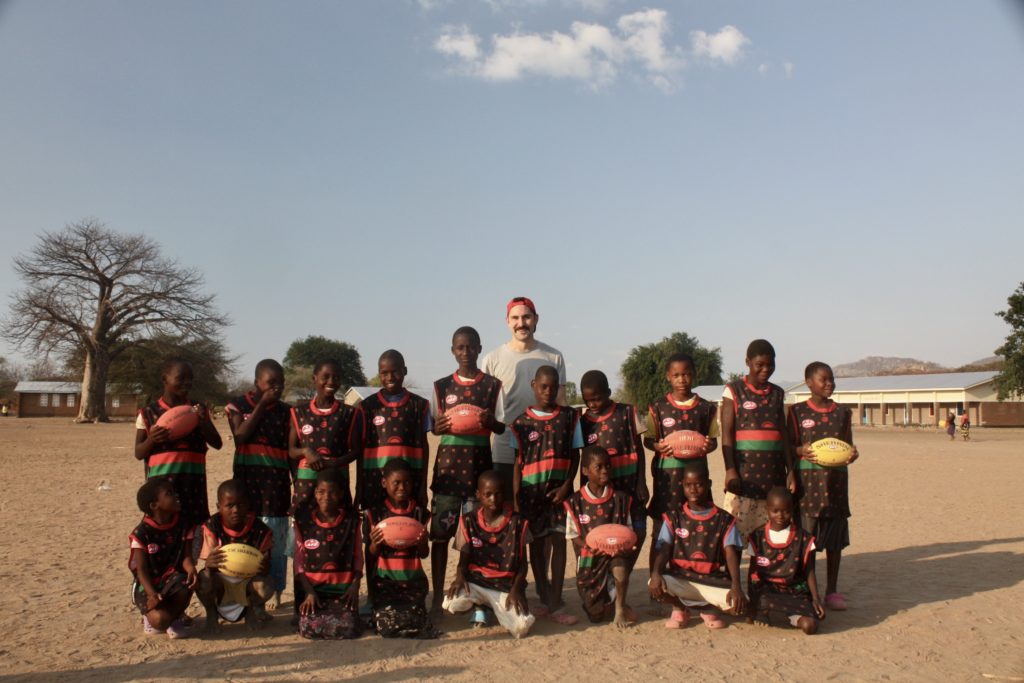 Sean Car is the man behind Educaring Africa, a not-for-profit NGO that is based in Monkey Bay, Malawi. He is also in the process of establishing Team Malawi, which will compete at the Australian Football World Cup in Melbourne in September 2020. We spoke to him about the great work his NGO is doing in Africa.

“I have never played footy but I absolutely love the game! I’m a diehard St Kilda supporter and have supported my local footy club in Beaumaris over the years, where many of my close friends have also played.

“In 2018 Educaring Africa facilitated the first ever Aussie Rules footy clinic in Malawi at a primary school in Ntakataka Vilage near Monkey Bay. We presented Malawi footy jumpers to participants on the day, while a group of friends of Educaring Africa also appeared at the AFI World 9s event in 2019 at Albert Park wearing our Malawi colours.

“Educaring Africa is a not-for-profit registered with the Australian Charities and Not-For-Profit Commission (ACNC). Our main project base is Namakoma Village, Monkey Bay, Malawi and we support the community through a range of means.

“Our current major project is the construction of a medical clinic in neighbouring Chizula Village, which is expected to open in 2020. A large part of our operational mandate is to promote Malawi as a wonderful destination and raise awareness about its culture and people. We’re proud to participate in initiatives such as the AFI World Cup that help provide us with a platform to promote the Warm Heart of Africa!”