For years, Australians have looked at the many cricket grounds in India, seeing them as a great opportunity to play Australian football on the international stage.

However, it is important to remember that these cricket grounds do not have the tradition of ground sharing with Australian football, as is the case in Australia. As a result, access to these grounds has proven difficult.

Australian Football International (AFI) is pleased to announce the establishment of AFI India, which will focus on growing Footy 9s in India.

The format of Footy 9s is that all games are played on rectangular fields, making it much easier for locals to find suitable fields on which to play. Further, it is much easier to recruit 9 players to form a team, as opposed to the traditional 22 players (18 plus 4 interchange).

Rajeev Tharani, secretary of the Kozhikode District Olympic Association, is the key driver and has been involved in growing the game in India since 2011. He is based in the Indian state of Kerala, which has the official nickname of “God’s Own Country”.

Ten clubs have already been established, and plans are underway to have Footy 9s formally recognised by the Kerala Olympic Association.

It’s an exciting time for Footy 9s in India, and we look forward to working with AFI India to unlock the massive potential that exists in a nation of 1.3 billion people. 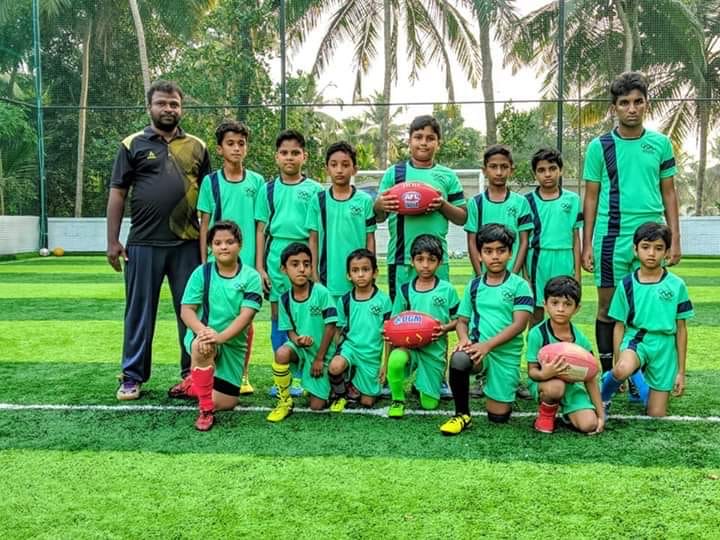