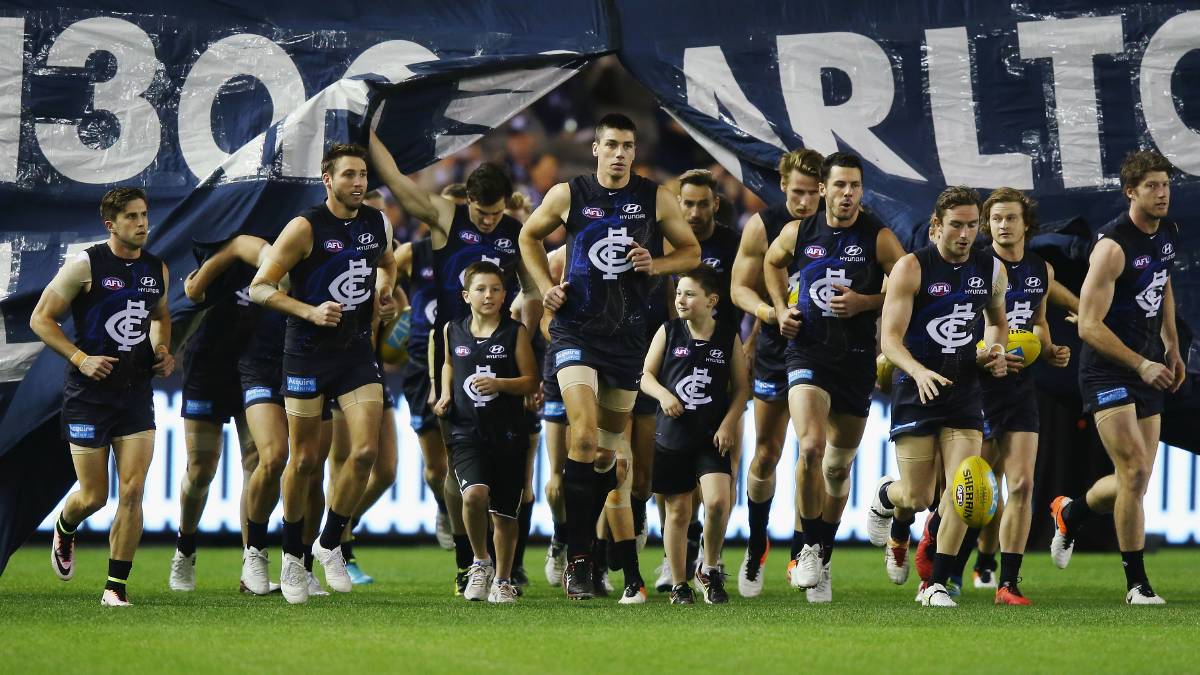 About
The Carlton Football Club, nicknamed the Blues, is based in Melbourne, Victoria. Founded in 1864 in Carlton, an inner suburb of Melbourne, the club was one of the 8 founding member clubs of the VFL in 1897. Its nickname comes from the navy blue colour of its playing uniform.

The club’s headquarters and training facilities are located in Carlton at Princes Park, its traditional home ground, and it currently plays its home matches at either Etihad Stadium or the Melbourne Cricket Ground. Carlton has historically been one of the AFL’s most successful clubs, having won 16 senior VFL/AFL premierships, equal with Essendon as the most of any club.

Carlton’s club song is “We Are the Navy Blues”. The song is sung to the tune of the chorus of “Lily of Laguna” by Leslie Stuart.