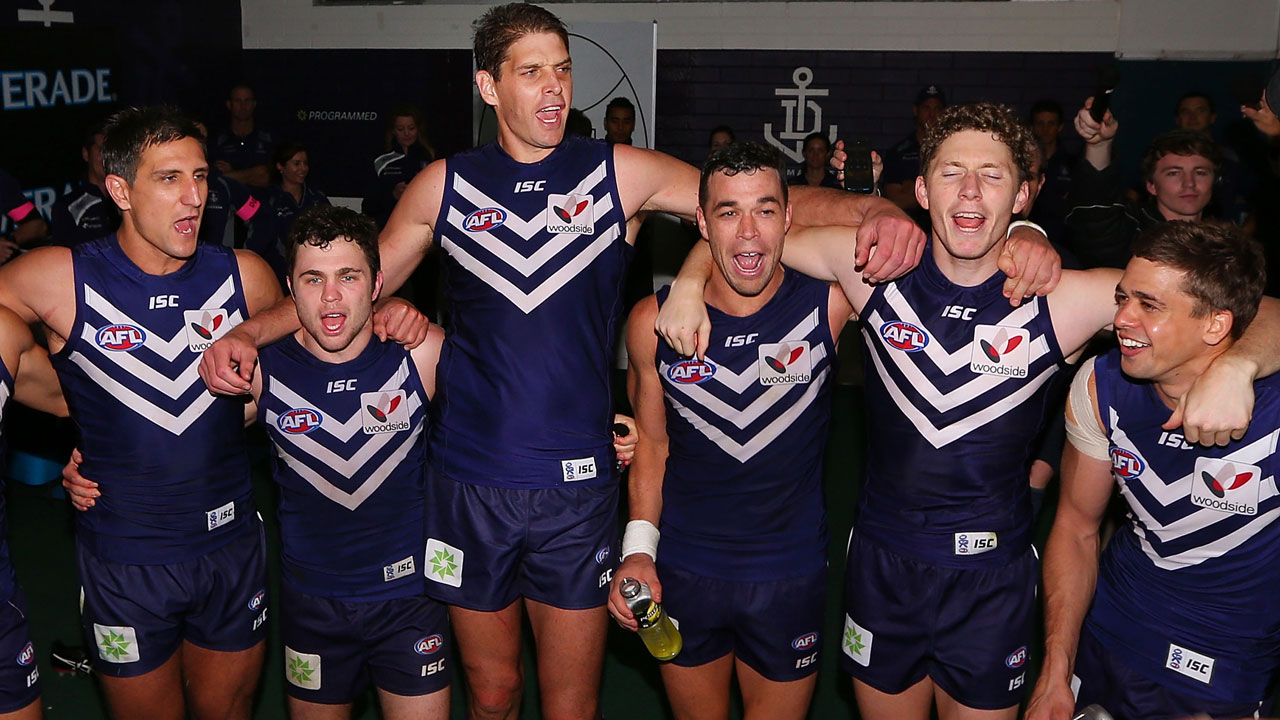 About
The Fremantle Football Club, nicknamed the Dockers, is based in the port city of Fremantle at the mouth of the Swan River in Western Australia. In 1995 it became the second team from WA after the West Coast Eagles to be admitted to the AFL, honouring the rich footballing tradition and history associated with Fremantle.

Fremantle Football Club has its training and administration facilities at Fremantle Oval. The team’s home games are played at Perth Stadium. The official song of the club is “Freo Way to Go”.