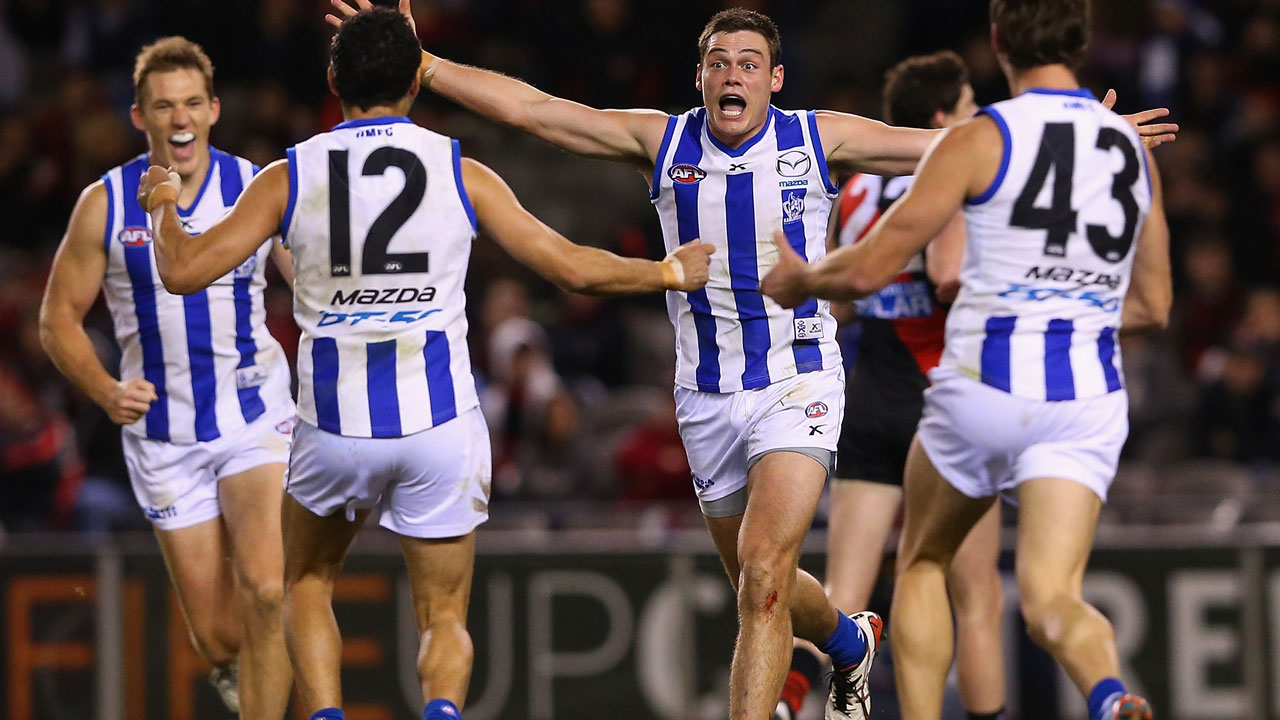 About
The North Melbourne Football Club, nicknamed the Kangaroos or less formally the Roos, the Kangas or North, is the fourth oldest Australian rules football club in the AFL and is one of the oldest sporting clubs in Australia. It is based at the Arden Street Oval in the inner Melbourne suburb of North Melbourne, but plays its home matches at the nearby Etihad Stadium.

The club’s mascot is a kangaroo, and its use dates from the middle of the 20th century. The club is also unofficially known as “The Shinboners”, a term which dates back to its 19th-century abattoir-worker origins.

“Join in the Chorus” is the official anthem of the North Melbourne Football Club. It is sung to the tune of a Scottish folk song from around 1911, “A Wee Deoch an Doris”.