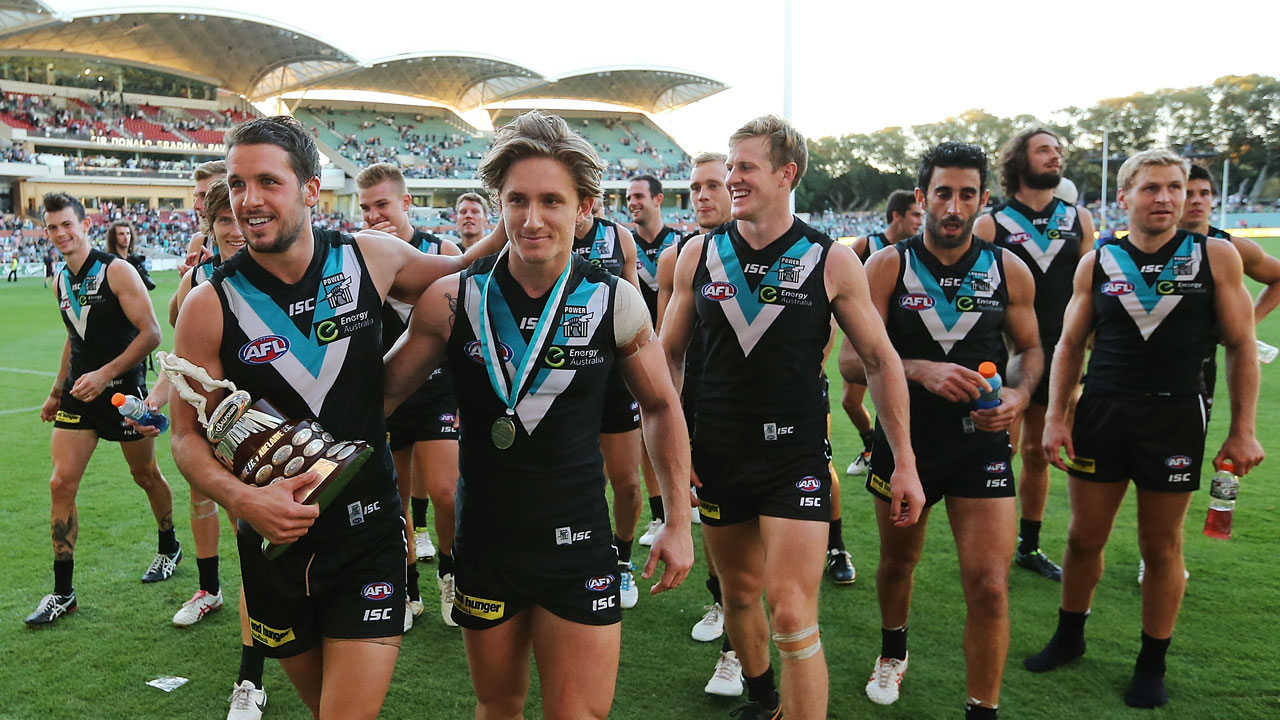 In 1997, the club joined the AFL as the only pre-existing non-Victorian club, and subsequently added the 2004 AFL Premiership to its achievements.

The AFL side’s victory song is “Power to Win”, written for the club by Quentin Eyers and Les Kaczmarek. Since March 2014, Port Adelaide has used “Never Tear Us Apart” by the Australian band INXS as the club’s unofficial anthem leading up to the opening bounce at its new home of Adelaide Oval.