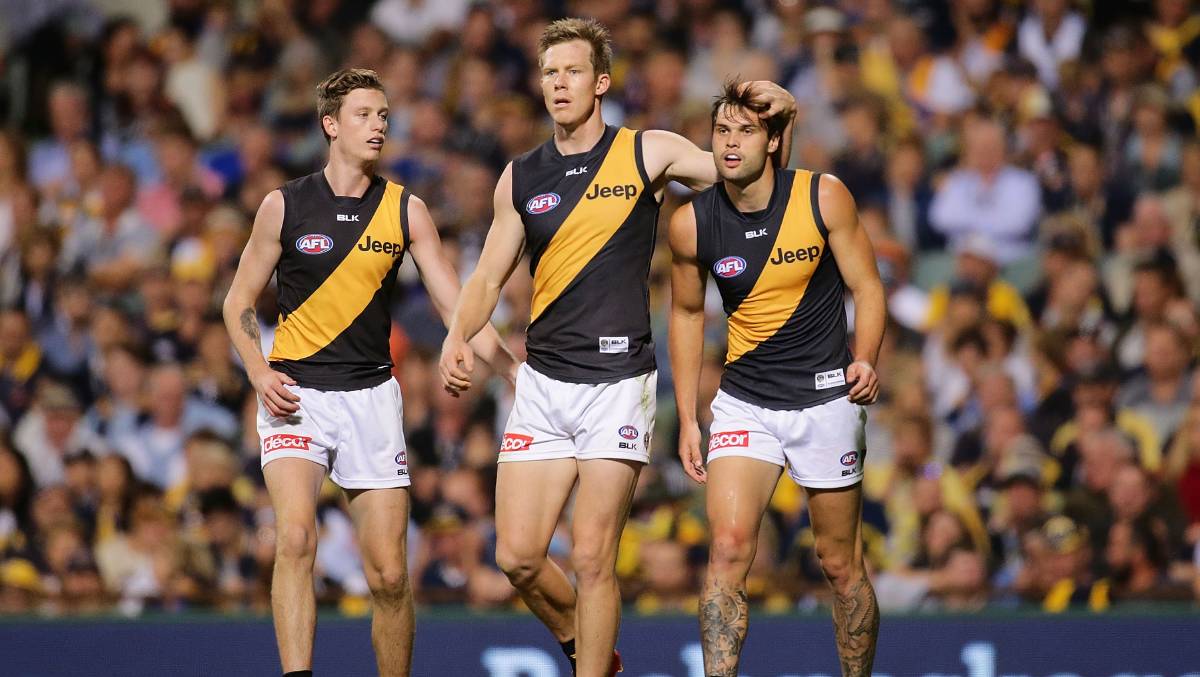 About
The Richmond Football Club, nicknamed the Tigers, has won 12 premierships since joining the competition in 1908, its most recent win coming in 2019.

Since the club’s inception in 1885, its training and administration has been based at the Punt Road Oval, a few hundred metres to the east of its current day playing home, the Melbourne Cricket Ground (MCG). Prior to 1965 the club played home games at Punt Road Oval.

Based in a traditionally working-class area, Richmond has long-standing rivalries with cross town Melbourne-based clubs, Collingwood, Carlton and Essendon.

Richmond’s club song is “Oh, we’re from Tigerland”. Jack Malcolmson is credited with writing the words to the song in 1962, adapting them to the tune of “Row, Row, Row” (Monaco/Jerome), a show tune from the Ziegfeld Follies of 1912.