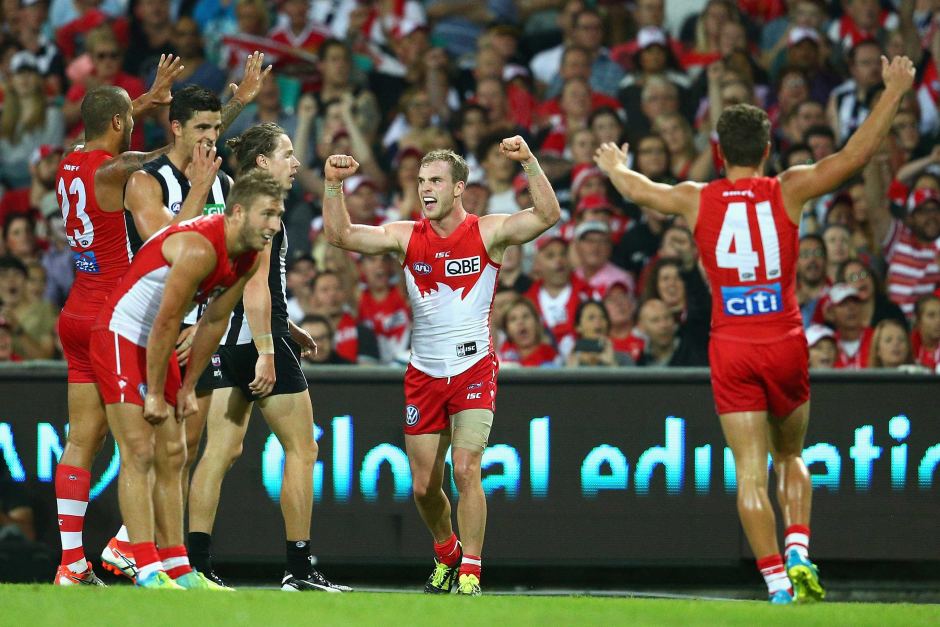 About
The Sydney Swans have been based in Sydney since the South Melbourne Football Club was relocated to Sydney in 1982. Sydney was the first club in the competition to be based outside Victoria. The Swans play their home games at the Sydney Cricket Ground.

The South Melbourne Football Club was founded in 1874 and was strong through the 1880s. It won three premierships in 1909, 1918 and 1933 before experiencing 72 years without a premiership, the longest premiership drought of any club. The club broke the drought in 2005, and has won one more premiership since in 2012.

The club song is known as “Cheer, Cheer The Red and The White” and is to the tune of the Notre Dame Victory March.