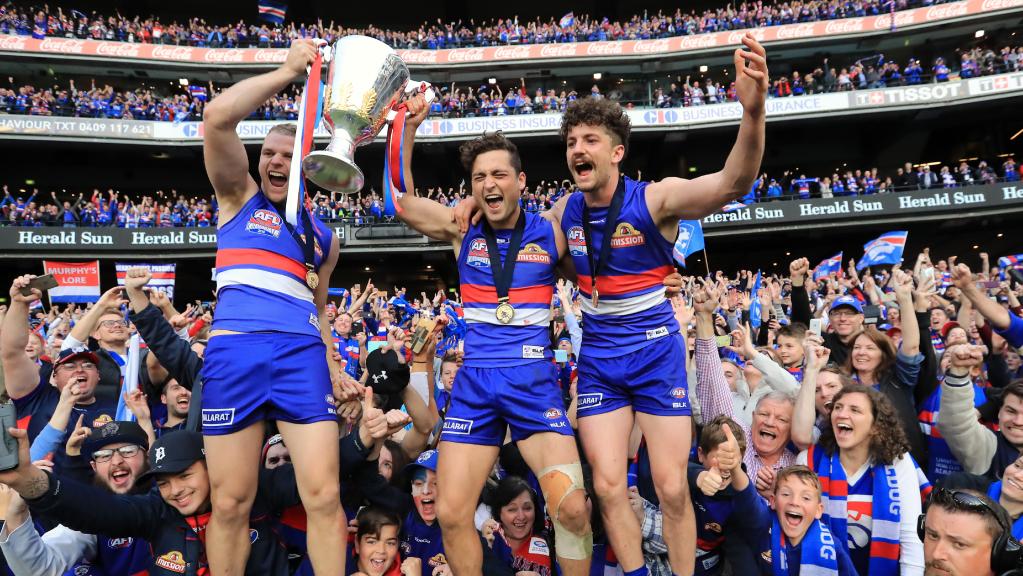 About
The Western Bulldogs (formerly the Footscray Football Club) were founded in 1877 in Footscray, an inner-western suburb of Melbourne, Victoria. Prior to joining the elite VFL (now AFL) competition in 1925, the club won nine premierships in the VFA. It gained entry to the VFL in 1925 and has won two VFL/AFL premierships, in 1954 and 2016.

The club’s headquarters and training facilities are located in Footscray at Whitten Oval, nicknamed “The Kennel”, its original home ground. The club draws much of its supporter base from Melbourne’s traditionally working class western region, and plays its home matches at Etihad Stadium in the Docklands area, also in the city’s inner-west. In 1996 the club changed its name from the Footscray Football Club to the Western Bulldogs.