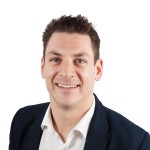 Rob Flude
Originally from Cape Town, Rob has worked in Technology roles for some of the world’s leading financial, retail and e-commerce institutions. Some of his employers and clients have been Nomura (London), ANZ, NAB, Jeanswest and Esprit (Australia). He currently is involved in a start-up in athlete transition, called The Final Whistle, as the Head of Digital & Communications. His experience includes serving as the Sports Editor for a UK-based print and online publication (The South African), a Communications Officer for the UK Springbok Supporters’ Club and sitting on the Australian Rugby Business Network’s committee as the Communications & Technology Manager. He is also a budding author and broadcaster. 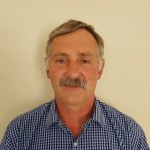 Wayne Miller
Wayne has worked in Melbourne, Singapore, Malaysia and South Africa in various senior management roles during his 36 years working for BlueScope Steel. He spent 9 years in Cape Town as the General Manager of BlueScope Steel in Southern Africa. Wayne has extensive experience developing Australian Football in South Africa, where he was based from 2007 to 2016. His coaching resume in Africa includes coaching the Real Divines and Blubebirds clubs in Cape Town as well as the Western Cape Provincial team. He was the National Coach of the South Africa Lions at the 2014 AFL International Cup in Melbourne. 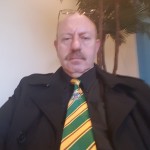 Neels Roodt
Neels started his teaching career in South Africa in 1984. In 1996 he was appointed the Provincial Sport Coordinator of the North West Province, where he currently oversees 16 sport codes. Neels first got involved with Australian Football in 1998 when the sport was introduced to the North West Province. He became the first coach in South Africa, taking the national team to the Ron Barassi Cup in Canberra and the International Cup in Melbourne. He became a board member of AFL South Africa in 2003 and continues to sit on the board. Neels has worked with numerous Australian coaches and gurus such as Brian Dixon, and looks forward to seeing the game grow in Africa. 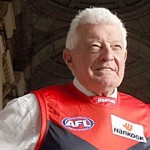 Brian Dixon
Brian played 252 VFL games for Melbourne between 1954 and 1968, playing in 5 premierships, winning Melbourne’s Best and Fairest in 1960, while in 1961 he was selected in the All Australian Team and he also won the Tassie Medal for his performances at the 1961 Brisbane Carnival. In 2000 he was named in Melbourne’s Team of the Century. Brian played a leading role in the establishment of the game in South Africa, leading the push for recognition by the NW Academy of Sport. As the inaugural Chairman of Footy South Africa, he oversaw the growth of the game in the North West, Gauteng, Western Cape and KwaZulu-Natal provinces. Brian Clarke
Brian has been involved in developing and growing the game in Africa for many years. He brought the Australian Convicts to South Africa in 2005 and they returned in 2007. In 2011 he was successful in having Australian Football included as a demonstration sport in the Africa Games in Mozambique. An indigenous team traveled from Australia and played the national Mozambique team in Maputo. In 2015 Brian undertook Development Visits to South Africa, Mozambique, Kenya and Botswana. He is passionate about the power of sport to make a real difference to people and communities.