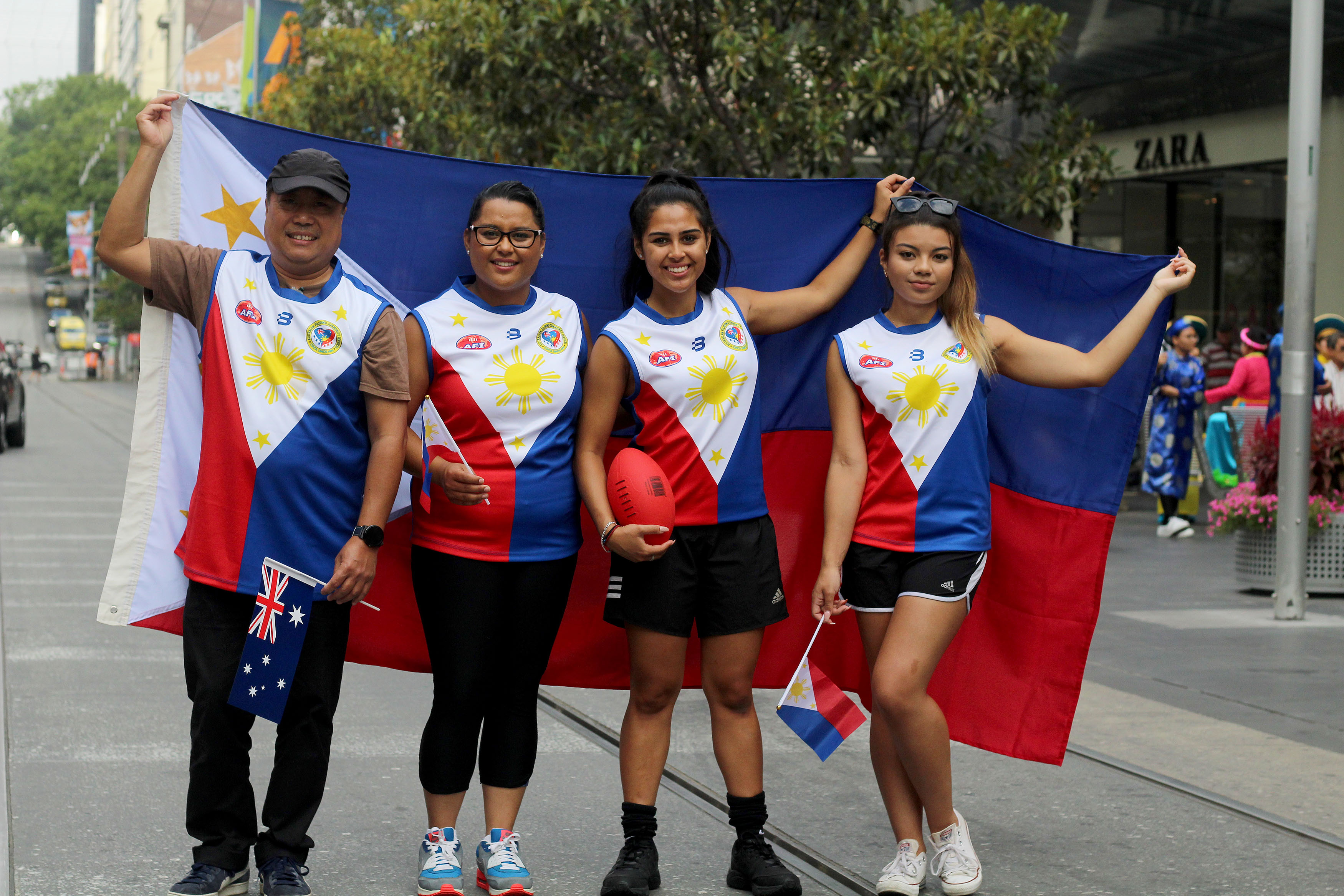 AUSTRALIA & THE PHILIPPINES
Australia and the Philippines have growing people-to-people links through trade, investment, cultural exchange, education, tourism and migration. Significant numbers of Filipinos have immigrated to Australia since the 1960s and Filipinos remain one of the fastest growing immigrant communities in Australia.

TEAM PHILIPPINES
Our aim is to work with the Filipino community to field a team in the AFI World Cup, an event which is held annually in Melbourne. The format of the World Cup is 9-a-side, mixed (men & women) and non-contact.

If you are of Filipino descent and keen to represent the Philippines, please join the Team Philippines Facebook group.