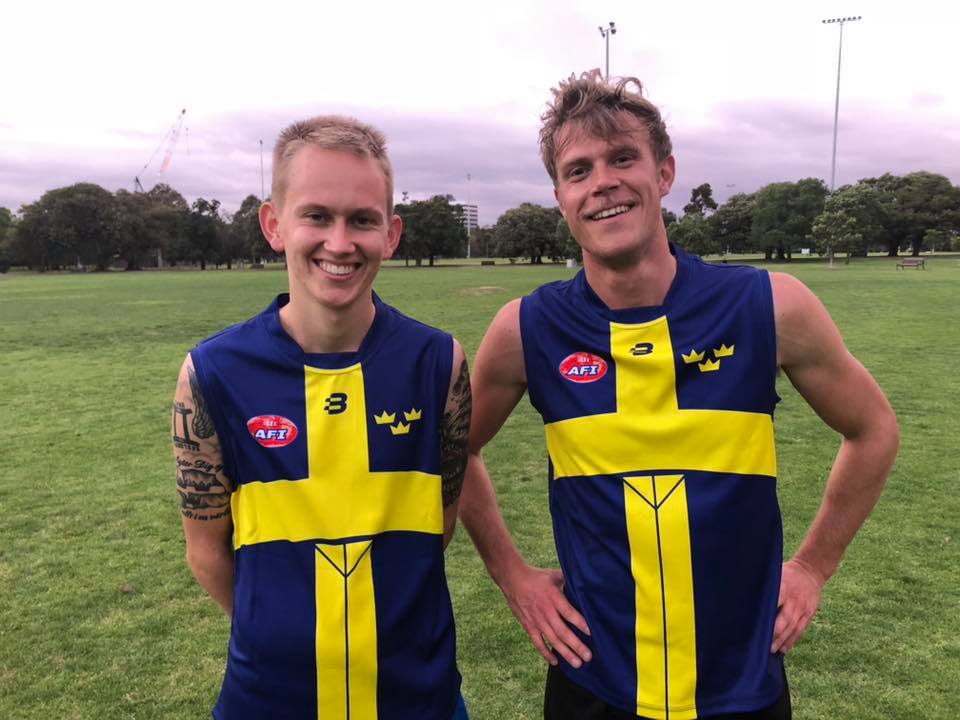 AUSTRALIA & SWEDEN
Swedish botanist Daniel Solander and Britain’s Sir Joseph Banks documented the flora and fauna of Australia on Captain James Cook’s 1770 expedition to Australia. King Gustav III of Sweden authorised the founding of a Swedish settlement in Western Australia in 1786, but the outbreak of war with Russia the following year prevented this from taking place.

TEAM SWEDEN
Our aim is to work with the Swedish community to field a team in the AFI World Cup, an event which is held annually in Melbourne. The format of the World Cup is 9-a-side, mixed (men & women) and non-contact.

If you are of Swedish descent and keen to represent Sweden, please join the Team Sweden Facebook group.