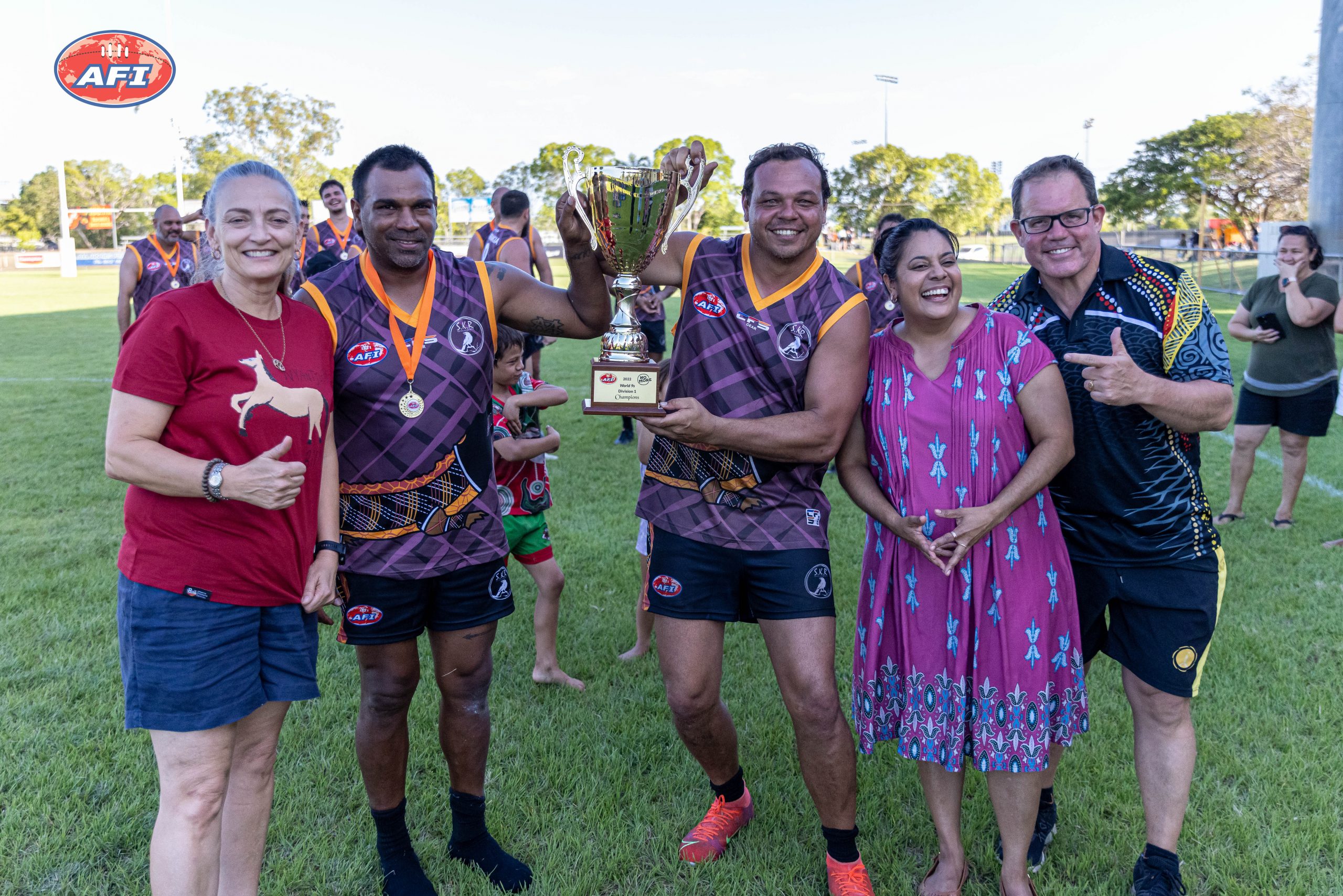 History was made in Darwin on the weekend, with the INPEX World 9s being held in Darwin for the first time.

Each of the 8 competing teams represented their communities, with teams being split into two Divisions. Division 1 consisted of Greece, New Zealand, Pacific Chiefs and Team Larrakia, whilst Division 2 was contested by Timor-Leste Crocs, Darwin Lions, Ireland and the US Marines.

They were joined by Steven Motlop (Geelong/Port Adelaide), who had just retired from playing in the AFL, and his class was obvious. Steven was a very worthy winner of Best on Ground in the Division 1 Grand Final, with Team Larrakia defeating Greece by 2 goals in a great contest.

Earlier, Ireland were no match for the Timor-Leste Crocs in the Division 2 Grand Final, with the Crocs running out winners 15 goals to 1. Ryan Mu was voted best afield by the umpires, who did a fantastic job throughout the day.