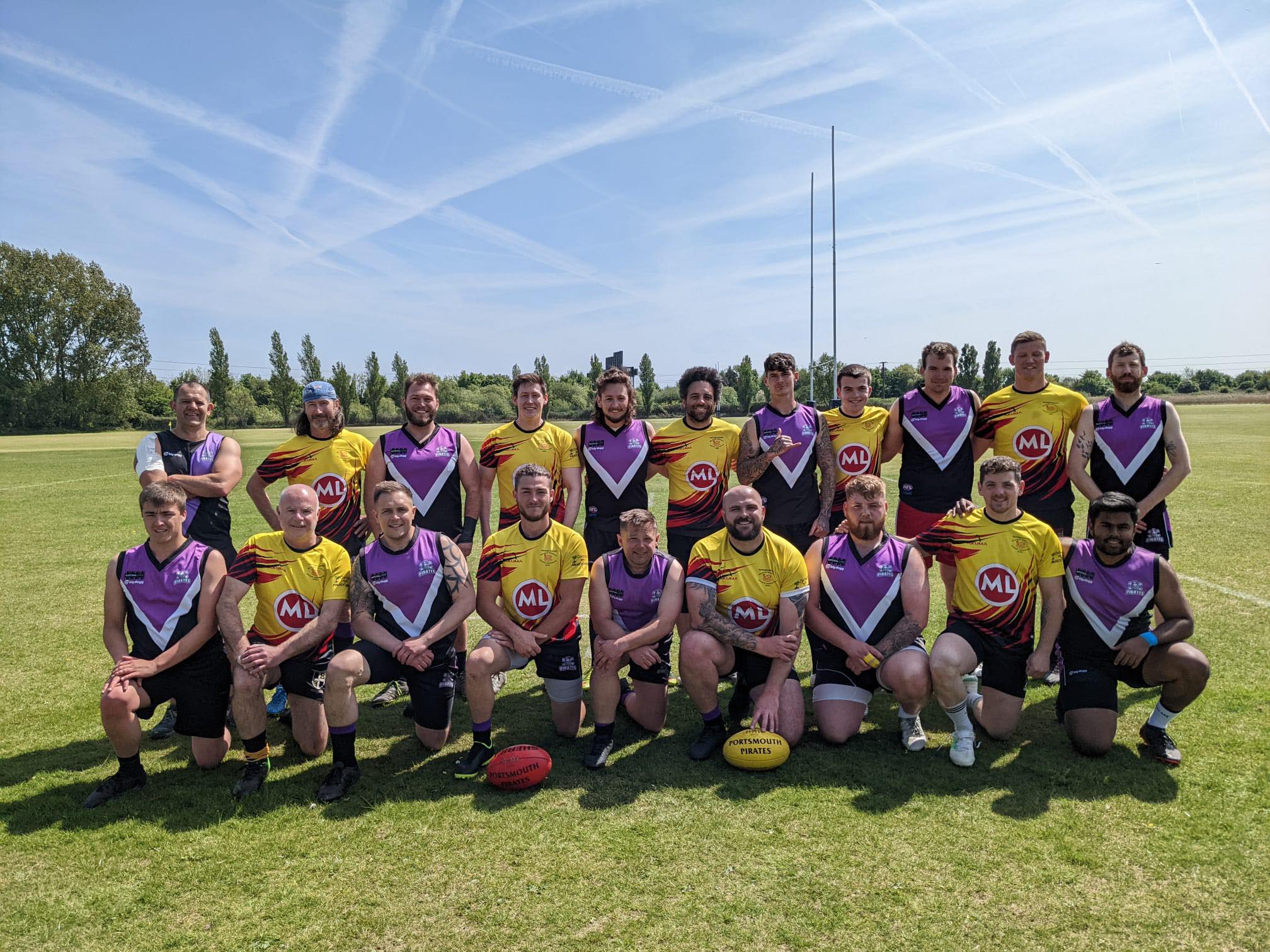 Footy 9s launches in the UK

Footy 9s launches in the UK

Saturday 30th April saw the first ever Footy 9s game played in the UK. The Portsmouth Pirates hosted local rugby clubs Southsea Nomads and Fareham Heathens. The original plan was for 3 games to take place with a 3 way round robin. Unfortunately, a few late withdrawals saw Heathens combine with Pirates for an 80 minutes game.

Since forming Pirates have had a strong link with the Nomads so it felt like a intraclub game with the majority of players able to represent both teams.

After a brief skills and rules introduction for those new to the game, the teams were ready to take to the field. The game was a tight affair throughout in what proved to be a great contest. There were a number of standout moments in the game – Robbie Henwood scoring 5 goals on debut and Aaron Edwards kicking 8. The game also saw Brad Yates, Harry Horn and Dan Hussey kicking their first goals since joining the club last summer.

Best on ground was awarded to Robbie Henwood (Pirates) and Dan Hussey (Nomads). Special mentions to Gav Fewell for a strong performance in the ruck, Lewis Welds for a solid defensive effort and Josh Soper for non-stop commitment from midfield throughout the 80 minutes.

Steve Woodland, Pirates Coach: “I think this is the start of something really exciting for our club. The modified rules allow players not familiar with Aussie Rules to get involved. If you have never played the game before, it’s a great place to start. After a few more weeks training I’d also expect to see the skill level increase and match the passion the lads have for the game.”

John Titcombe, Pirates Chairman: “After a difficult off-season and build up to this summer, it was great to take to the field again as a club. We are excited by the prospect of Footy 9s and networking with other rugby clubs across the season. We already have events lined up at various venues. There is a long road still to travel to get our first ever Footy 9s league here in the UK but we are pleased with the progress so far. The feedback has been brilliant from the playing group after today’s game and there is a real buzz around the club.”

Ally Mills, Fareham Heathens Captain: “The Heathens were pleased to swap the usual shirts for vests this Saturday. It gave players an excellent opportunity to meet more amateur sportsmen on the South Coast as well as show off their transferrable rugby skills.”