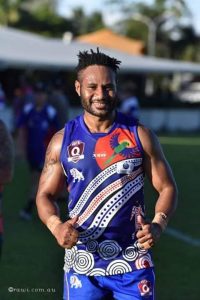 Footy was introduced to Papua New Guinea in the 1950s and so it is no surprise that PNG has been a powerhouse in international footy, winning 3 gold medals at the Arafura Games and 3 International Cups.

However, Rugby League is by far the most popular sport in PNG, with clubs and of course rugby fields all over the country.

Elizah has extensive experience as both a player and administrator and we spoke to him about his footy journey and passion for the game.

“I was born and bred in the settlements of Gomis Tarangau in Mt. Hagen. My footy career started in 2002 when I was in grade 8 at Tarangau Primary School. Mal Michael from the Brisbane Lions came to Mt. Hagen to run some clinics.

“After 3 years of playing junior footy I was thrilled to receive my first PNG jumper. I was part of the under 16 AFL PNG Binatangs squad that went to Cairns, where we won the Queensland Championship.

“From there on I never looked back. I worked hard and was eager to go higher. In 2006 I ended up getting an AFLPNG scholarship to play for a club in Cairns – the Manunda Hawks – and we won the AFL Cairns Premiership.

“In 2008 I played for the PNG Mosquitoes in Melbourne, where we won our first International Cup. It was incredible!

“I returned home and volunteered for AFLPNG, running clinics at schools and communities around the Highlands Region. The passion for the game got me up to another level when I was appointed an AFLPNG Junior Development officer, running AFL programs in Mt. Hagen and around the Highlands.

“I then moved to Port Moresby as a Senior Development Officer. After 3 years I transferred home to Mt. Hagen and started school comps and did clinics and spread the love of footy at the junior level.

“I encourage all kids in PNG to take up junior footy at an early age. My advice to kids and everyone out there is that there will be times and people telling you that you can’t do that thing. But your desire and instinct will keep telling you do it, and eventually you will get there – your will is the power.

“I am excited about the potential of Footy 9s in PNG and indeed, the rest of the Pacific. There are rugby fields all over the Pacific, so being able to play on them is the best way to grow the game.” 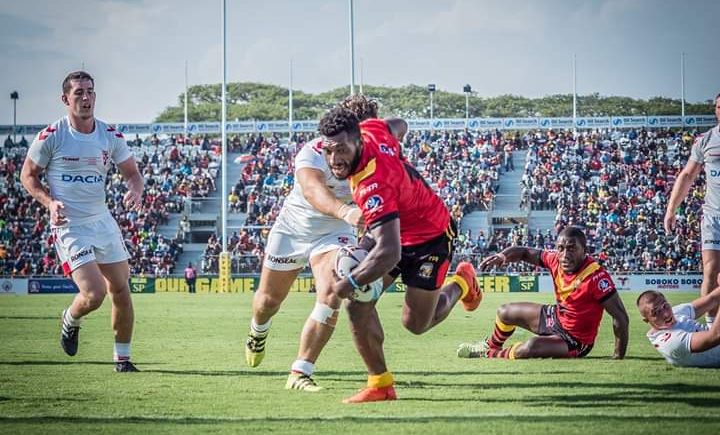