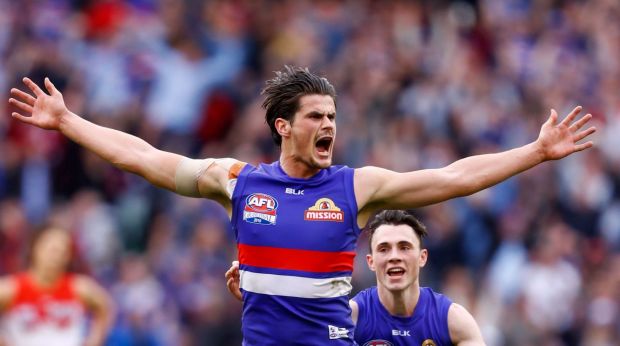 Thomas “Tom” Boyd (born 22 August 1995) plays for the Western Bulldogs in the Australian Football League (AFL). He was selected with the first overall pick in the 2013 AFL draft by the Greater Western Sydney Giants, but was traded to the Bulldogs following the 2014 season. In 2016, he helped the Bulldogs win their first premiership since 1954.

Playing for Eastern Ranges in the TAC Cup from 2011 to 2013, Boyd was the competition’s leading goal kicker in 2012 and later performed well for Vic Metro at the 2012 national carnival.

Boyd’s mother Anita is Danish and he visited Denmark for the fourth time when he went to the capital, Copenhagen, for three days as part of the AIS-AFL Academy tour in April 2013.

The day after the AFL Draft, Boyd appeared on the front page of the Danish mx newspaper with a headline that roughly translated to: “Young half-Dane breaks through in Australian Football“.

In April 2013, Boyd visited Copenhagen in his mother’s native Denmark for three days as part of the AIS-AFL Academy tour.