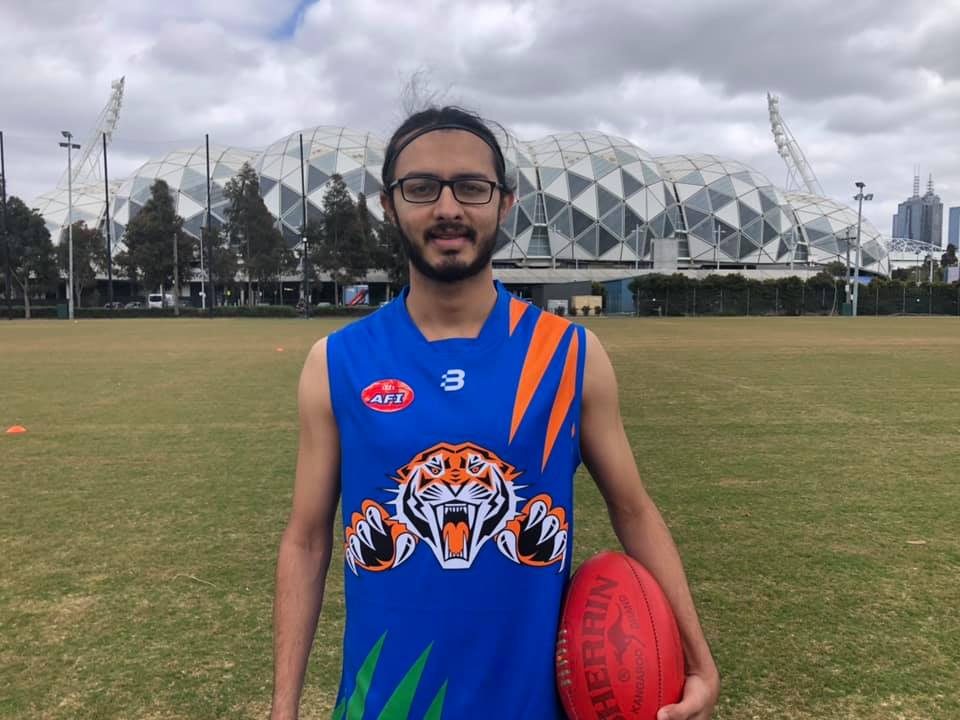 Dishant Solanki from the Indian Tigers

The Indian Tigers are currently recruiting players for the 2020 Australian Football World Cup in Melbourne. Dishant Solanki comes from a small town called Bharuch in Gujarat, India. He is currently studying a Masters of Business in Sports Management at Deakin University. He is the man responsible for putting the team together and we spoke to him about his plans.

“My connection with sports goes back to the start of 2000. I started speed skating and represented at state level competitions. I switched to badminton and played for a few years and have been playing soccer for the past 11 years. I have represented university at national level tournaments and was also honoured to captain my university department team.

“I came to Australia and was always intrigued about Australian Football. The game is totally exciting and keeps you on toes all the time. When I heard about the absence of an Indian footy team, given the fact that the Indian community is so large, I was a bit surprised. So I met with AFI and we spoke about getting an Indian team in the World Cup.

“We will put our best efforts in representing India at the World Cup. I hope to get support from the Indian community as well as other communities to stay motivated and do our best in the competition.”

The Tigers are currently recruiting players and supporters. If you would like to be involved, please contact AFI via info@aflinternational.com