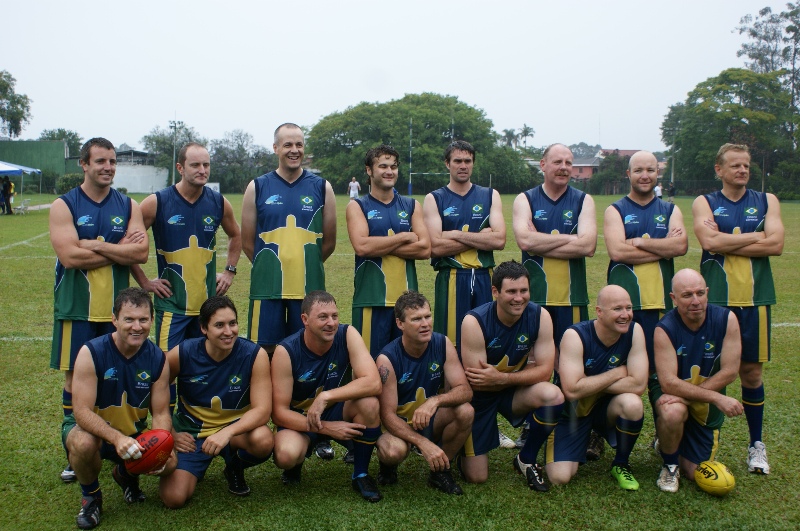 About
Australian football was established in Brazil in 2009 with the creation of a side dubbed ‘The Carnaval’, composed mainly of Australians resident across the country.

The Carnaval were coordinated by Australian Trade Commissioner Greg Wallis, who took up the challenge of creating a Brazilian side for a match against Chile’s Santiago Saints after meeting with Saints President Robert Spurr. The first match between the Saints and Carnaval took place in Rio de Janeiro on June 20, 2009.

The Carnaval also played a match against a touring side from Australia, the Convicts.