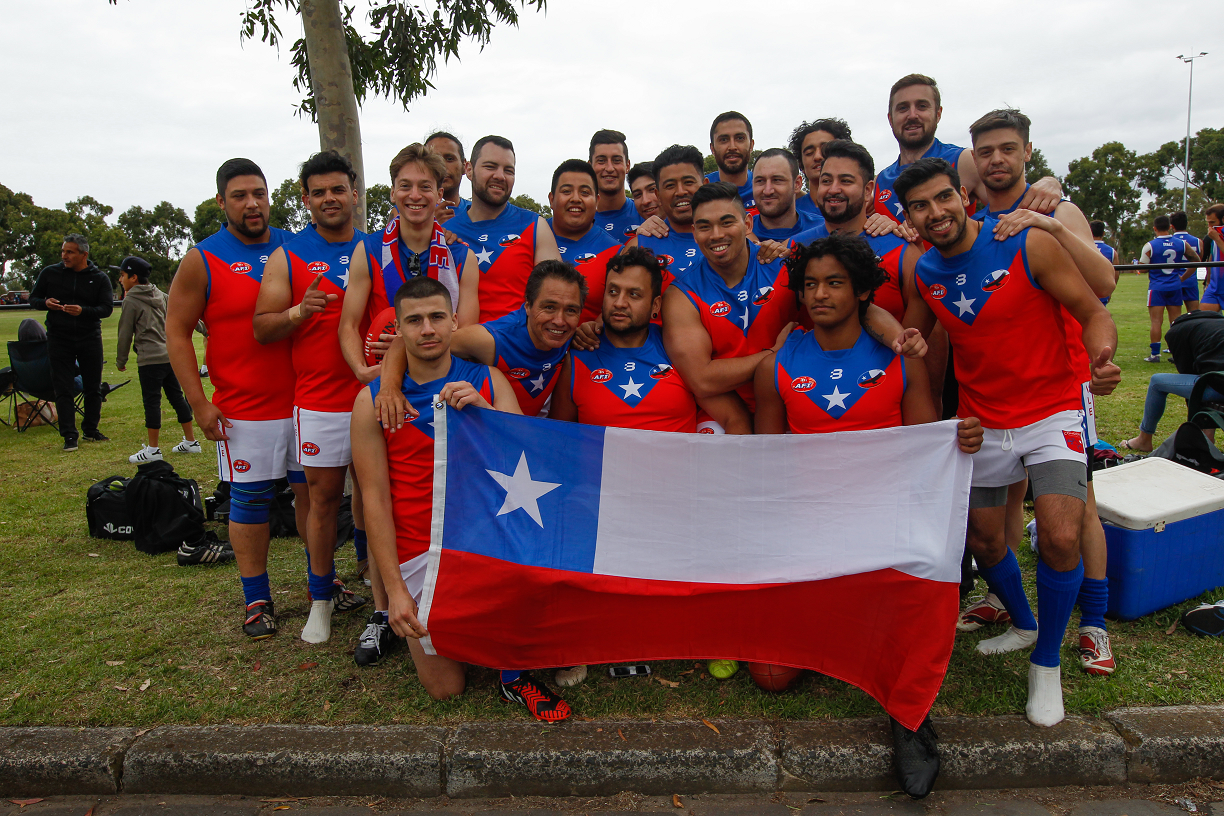 AUSTRALIA & CHILE
Australia and Chile have a strong bilateral relationship. Chile has been one of Latin America’s fastest-growing economies in recent decades, and approximately 200 Australian companies are active in Chile.

TEAM CHILE
Our aim is to work with the Chilean community to field a team in the AFI World Cup, an event which is held annually in Melbourne. The format of the World Cup is 9-a-side, mixed (men & women) and non-contact.

If you are of Chilean descent and keen to represent Chile, please join the Team Chile Facebook group.