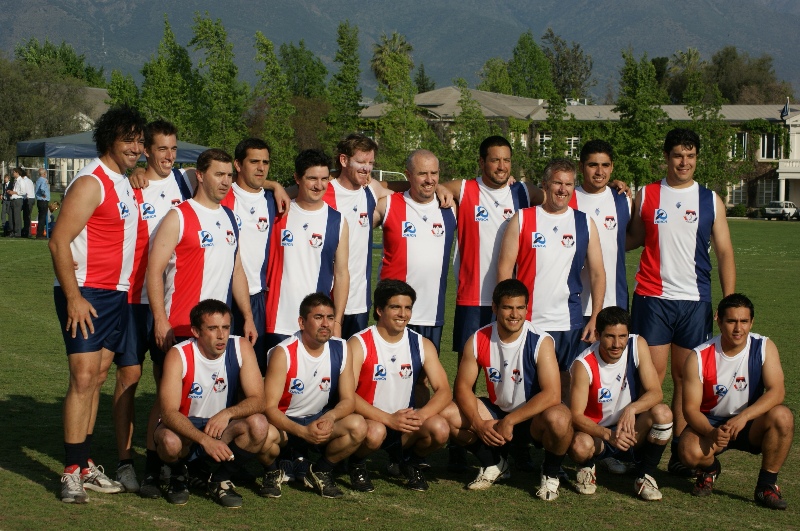 About
Australian Football was first played in Chile in 2002, and was introduced by Adrian Barraza. The country’s first organised club, the Santiago Saints, was founded in 2008.

The Santiago Saints played their first match against Argentina in 2008 in a 9 a side format, winning 19.10 (124) to Argentina’s 1.5 (11). Continued recruitment of locals saw a Chile vs Anzacs match held in early 2009, the Anzacs consisting of the Saints expatriate players and the Chilean team being all-local.

In 2009, the Saints traveled to Rio de Janeiro for a match against a side of Australians resident in Brazil dubbed the ‘Carnaval’, the first ever match to be held on Brazilian soil. The game was again played on a 9 a side format and this time the Santiago Saints team was made by half Chileans and half Australian players. The Chilean team won 14.12 (96) to 11.6 (72) in hard fought game, claiming the inaugural Copa Cabana.

In 2016 the Saints traveled to Bogota in Colombia to play the newly formed Bogata Bulldogs. The Bulldogs claimed the first Andes Cup, and the Saints are looking forward to the rematch in Santiago in July 2017.