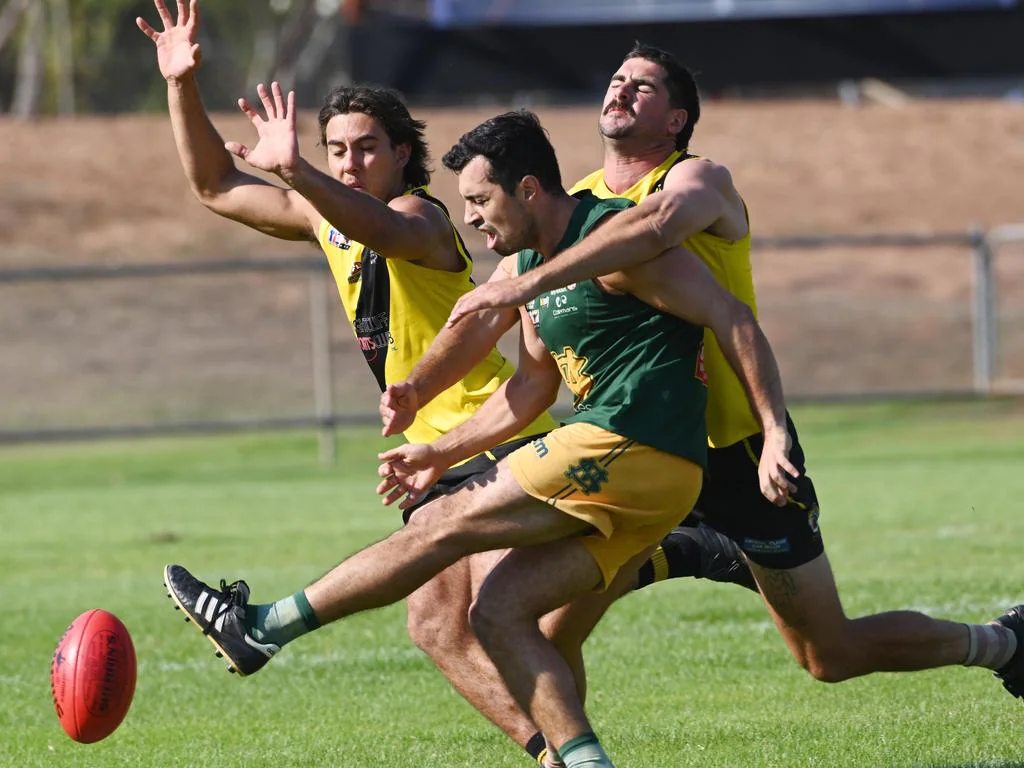 This article was published in the NT News in Darwin on 7 August, 2021. To view the original article, please click here.

Every participating team embraced the new-concept sport fielding sides full of their NTFL stars ahead of their 2021-22 preseason.

Footy 9s is a new twist on AFL in the same vein as rugby sevens or basketball 3×3 effort to make the sport more marketable to international audiences.

The new sport can be played on rectangle fields with nine players per side and has no need for behind posts.

Interestingly the Tigers 9s came up against their grand final rivals St Mary’s in the grand final, which they won 14-5.

Kyle Emery got things started for St Mary’s booting the opener and the start of a slew of goals which also included contributions from Cam Ilett.

Saints did give plenty in return when they got going with Nate Paredes, Jacob Long and Patrick Taban putting points on the board.

But all momentum was with Nightcliff with the likes of Daniel Bowles and Brodie Filo taking their opportunities well.

“It’s just a really fun sport. There’s a real good scope to grow the sport not only in Australia but also around the world.

“The whole day was awesome. A real carnival atmosphere with everyone getting along and having fun.”

The women’s match was a tighter affair with the Darwin Buffettes beating 2021 WPL champions PINTS 5-3.

The PINTS side fielded plenty of firepower included Jasmyn Hewett and Hillary Grubb and it was them that struck first. The Buffettes came back with a score late in the opening half before Tayla Hart-Aluni notched a hat-trick of goals in the second to secure a lead.

Buffettes’ captain Kylie Duggan enjoyed the concept of the Nines competition particularly as a lead-up to NTFL pre-season.

“I really liked the 9s competition. It’s a good lead-up to the NTFL and something we should definitely continue in coming years,” Duggan said.

“It’s great for fitness as part of the pre-season and helps the team gel a bit and get a bit of practice before the season.

“We still have a long way to go with some girls still to come in but every girl played their role and had fun doing so.”