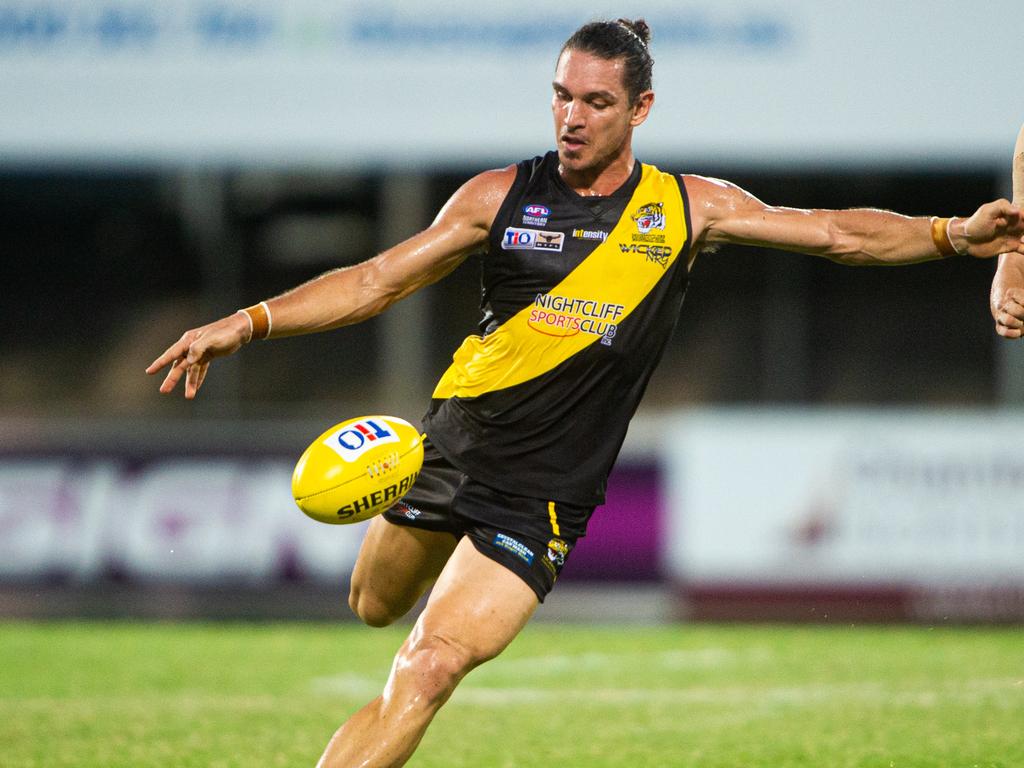 New-concept sport Footy 9s is making inroads internationally and will be played in Darwin for the first time on Saturday, with NTFL stars taking part.

This article was published in the NT News in Darwin on 6 August, 2021. To view the original article, please click here.

NEW-CONCEPT sport Footy 9s is making inroads internationally and will be played in Darwin for the first time on Saturday, with NTFL stars taking part.

AFL is one of the biggest sports in Australia, but it has always struggled to make an impact internationally with the need for large squads and big-oval fields.

Footy 9s can be played on rectangle fields with nine players per side and has no need for behind posts.

In 2020, a 20-year strategy to get Footy 9s into the Olympics was announced following in the footsteps of other successful spin-off sports such as rugby sevens and basketball 3×3.

Australian Football International chief executive Brian Clarke said it was all about marketing the game in the right way.

“The feedback has been sensational so far. Everyone who we’ve introduced the sport to has enjoyed it and played with heart,” Clarke said.

“It showcases that if marketed the right way with smaller teams, the right-shaped field and in shorter periods, we can increase our market.

“It would surprise many to learn that our great game is now played at a grassroots level in over 50 countries.

“But if we want to make our great game truly international, we have to recognise that we have been selling it wrong.

“We have to remove the participation barriers and make it much easier to play.”

The World 9s were held in Melbourne earlier this year with matches played on rugby fields.

And 16 multicultural teams represented their communities and countries.

The Darwin 9s will feature eight teams, with the men’s division including sides from Nightcliff, St Mary’s, Darwin and Wanderers.

The Nightcliff side, the Tiger Nines, will feature some of their NTFL premiership stars including Ryan Nyhuis, Cam Ilett, Liam Holt-Fitz, Brodie Filo and Kyle Emery.

Coach Chris Baksh said the group was looking forward to trailing the concept, using it as the beginning of their NTFL pre-season.

“It’s going to be an interesting game,” Baksh said.

“It looks like it’s going to be a fast, flowing and skillful way to play the game.

“It’s a new concept for us but I think it would be a great way to raise the appeal of the game internationally to those who don’t play our game.

“We’ve had the rules explained to us and the boys are looking forward to having a fun hit out.”

Entry at Rugby Park is free and matches start at 10am, with the women’s grand final at 3pm and the men’s grand Final at 4pm.