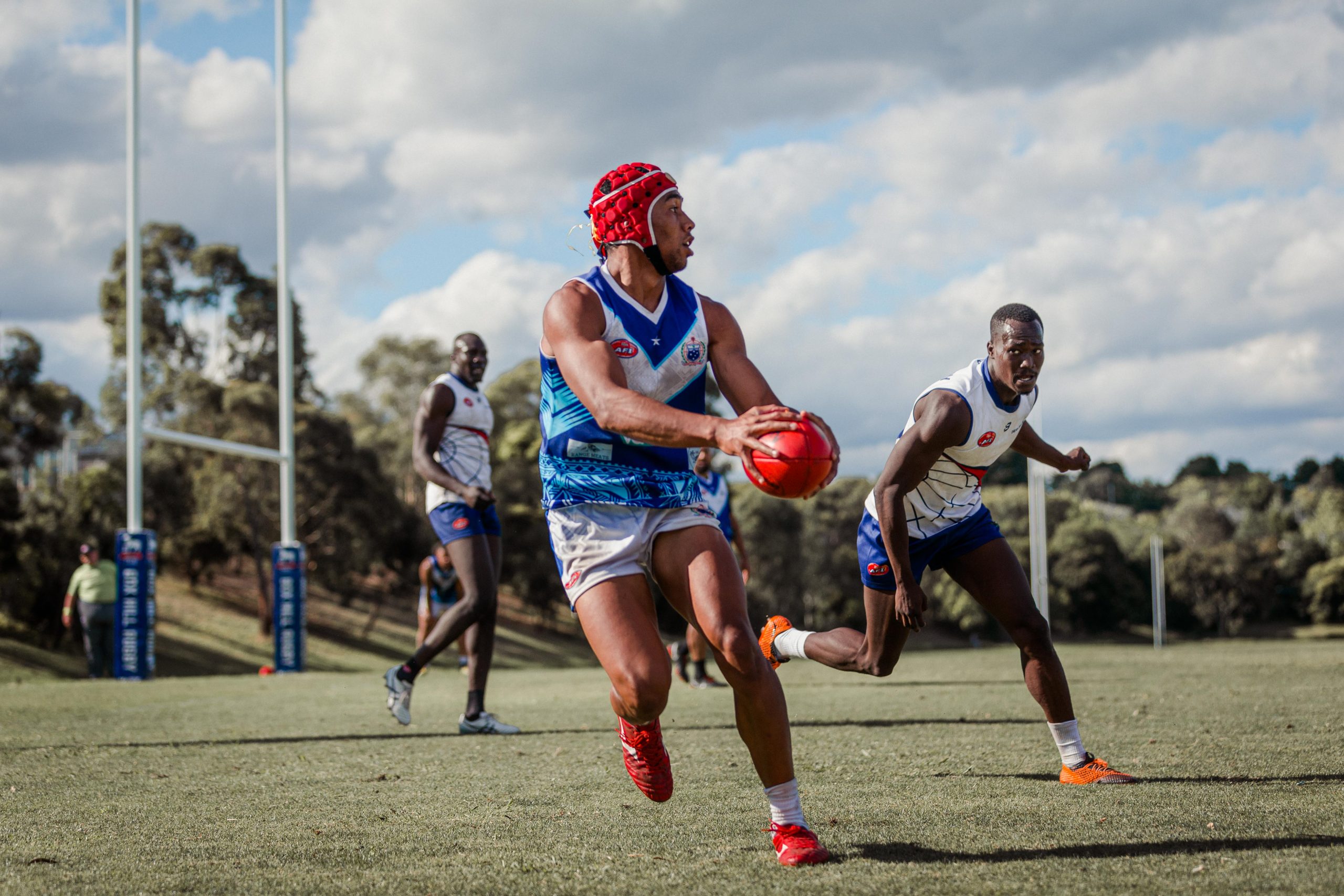 This article was published in the Herald Sun in Melbourne on 31 July, 2021. To view the original article, please click here.

Australian Rules Football was included as a demonstration sport at the 1956 Olympic Games in Melbourne.

By all accounts it was a success, but there is no doubt that newcomers who attended the match were left thinking “how could I possibly bring this back home? Where would I find such a large field to play on? And how would I install 4 large posts at each end?”

It would surprise many to learn that Aussie Rules is now played at a grassroots level in over 50 countries. Vibrant competitions exist in such places as the USA, Canada, Europe, Asia and the Pacific.

But if we want to make our great game truly international, we have to recognize that we have been selling it wrong. We have to remove the participation barriers and make it much easier to play.

The vast majority of the world’s sporting fields are rectangular. If we can play on these fields, a whole world of possibilities await. We can confine our game to a population of 26 million, or we can open it up to a market of 8 billion.

Australian Football International (AFI) has spent many years developing Footy 9s, to allow our game to be played on rectangular fields throughout the world, using existing field markings. We have to make it easier for newcomers to play our game, and Footy 9s allows them to do just that. In a nutshell, you can turn up to any rectangular field in the world, and all you need is a footy.

There are no behind posts in Footy 9s as they are simply not needed. We want to showcase our game as high-scoring, but not have so much scoring that the appeal of the game is diluted.

In 2020 we announced a 20 year strategy to have Footy 9s included in the Olympic Games. In this regard we are following in the footsteps of Rugby 7s, which made its debut at the 2016 Games in Rio.

Rugby 7s has been such a great success because World Rugby has treated it as a fair dinkum version of Rugby Union. This is in stark contrast to the AFL, who insisted on AFLX, a mickey mouse version of the game that was embraced by no one.

Earlier this year the World 9s were held in Melbourne, with all matches played on rugby fields. In this time of Covid, 16 multicultural teams represented their communities, with all teams playing in their national jumpers. South Sudan defeated Samoa in the Division 1 Grand Final, Chile defeated South Africa in Division 2, whilst Ireland defeated New Zealand in the women’s grand final.

The event was a huge success and showcased the enormous potential of Footy 9s moving forward. We have to remember that participation drives support – a person playing footy on a rugby field in Europe does not care that they are on a smaller field. Like any Australian, they will turn up so they can handball, mark and kick with their mates.

We are all currently enjoying the Olympics on our screens, and it is fantastic that Brisbane has been announced as the host of the 2032 Summer Games. How good would it be to see Footy 9s included as a demonstration sport in Queensland?

And, by 2040, see Footy 9s included as a fully-fledged international sport, with Gold medals up for grabs in both the Men’s and Women’s competitions.

Of course, there will always be naysayers that will say it will never happen. Yet if we were told at the Sydney Olympics that skateboarding, climbing and breakdancing would all be future inclusions to the Games, what would we have said?

Our great game of Australian Rules Football sells itself. But let’s sell it better and make it much easier to play all over the globe. If we build it, they will come.