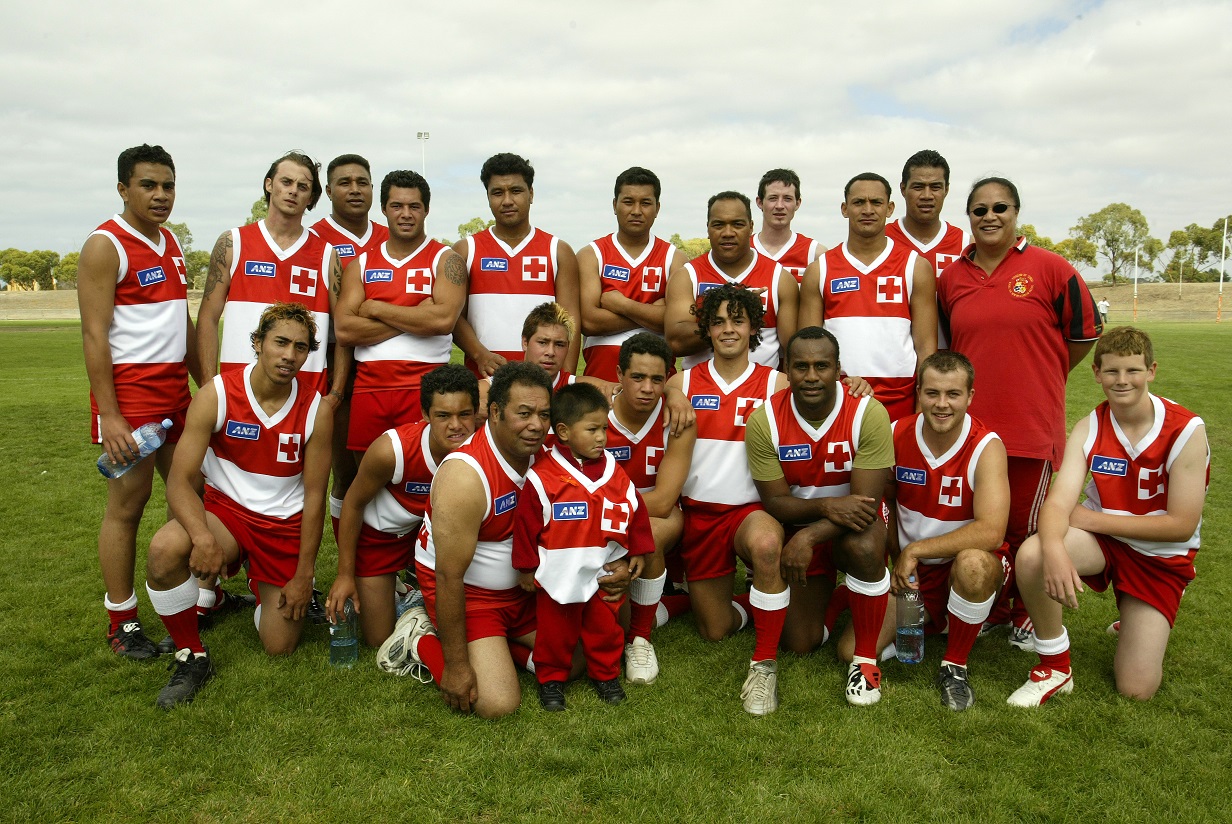 AUSTRALIA & TONGA
The largest communities of Tongans in Australia are in Victoria and New South Wales, with smaller groups in the ACT and Queensland. Approximately 32,000 Australians identify themselves as of Tongan ancestry.

TEAM TONGA
Our aim is to work with the Tongan community to field a team in the AFI World Cup, an event which is held annually in Melbourne. The format of the World Cup is 9-a-side, mixed (men & women) and non-contact.

If you are of Tongan descent and keen to represent Tonga, please join the Team Tonga Facebook group.