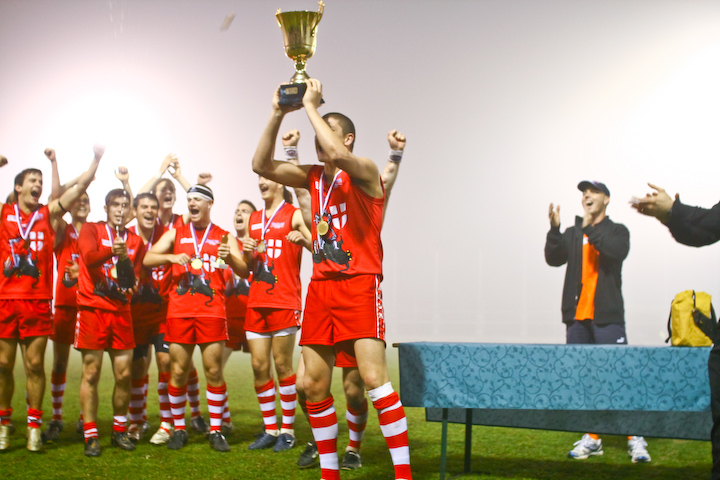 The EU Cup was created as a 9-a-side European Championship to assist the growth of Australian Football in Europe.

Crucial to the success of the EU Cup was the creation of a unique set of playing rules, allowing the game to be played on rectangular fields.