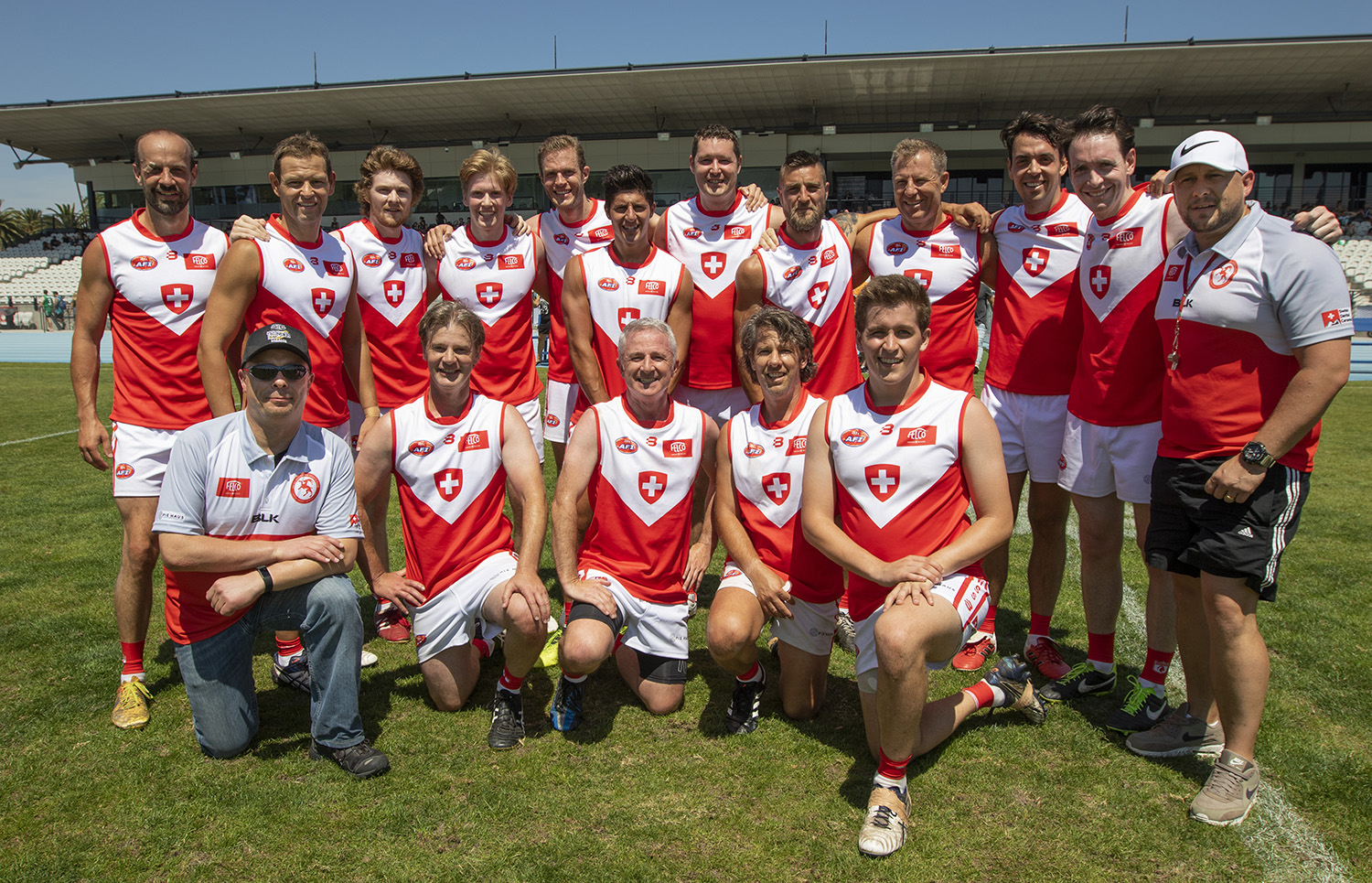 Since its formation in 2017 the Swiss Steinbocks have proven to be very successful, winning trophies in 2017 and 2019. The Steinbocks will be returning to the Harmony Cup in Melbourne in 2020. We spoke to Swiss coach Claude Staub about his footy journey and plans for the team.

“I was born in Bern, Switzerland and came out to Australia with my parent, twin brother and little sister in 1984. I speak fluent Swiss-German and still visit family regularly when we travel in Europe. Growing up here in Australia I soon fell in love with Aussie Rules football as we lived next door to mad Demons fans. I was at the 1987 preliminary final when Jim Stynes ran through the mark, I was at the 1988 grand final flogging and the 2000 grand final loss – am still waiting patiently for the drought breaking flag.

“I started playing football in 1987 at West Lalor before moving to Diamond Creek where I played most of my junior and senior football, before finishing at Parkside. I have since moved out to the beautiful Dandenong Ranges where I now live with my wife and two children. I watch most games of football on a weekend and love every minute of the analysis of our great game which has taken me to completing my Level 1 coaching and getting involved with Auskick and junior football.

“In 2016 with the support of Remy Favre we started the Swiss footy team ‘The Steinbocks’ who have surprised a few people – taking out the second division of the 2017 Harmony Cup and the 2019 World 9s. I have been the senior coach since 2017 as we look to build the network and team to be competitive for the longer term.”