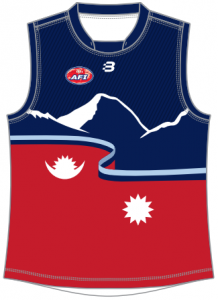 Australian Football International (AFI) is very pleased to announce that Team Nepal will make its debut at the 2022 Touch Footy World Cup in Melbourne.

The tournament will be held on Sunday 3 April, 2022 at Fawkner Park, South Yarra.

The format of the World Cup is 9-a-side Australian Rules Football, played on soccer fields. All matches are mixed (men & women) and non-contact.

The confirmed teams in 2022 are Nepal, the Philippines, Mexico, Brazil, Malawi, Switzerland and Wales.

AFI CEO Brian Clarke confirmed that they are pleased to welcome Team Nepal to the AFI community.

“I would like to particularly acknowledge the hard work of Mr. Prem Upreti, Vice-President of the Nepalese Association of Victoria. He has done an amazing job at putting the team together. Their new footy jumpers look fantastic and we can’t wait to see them in action at the Touch Footy World Cup.

“We are also excited to play the tournament on soccer fields for the very first time. As the vast majority of the world’s sporting fields are soccer, it’s hugely important we have a version of the game that can be played on them.” 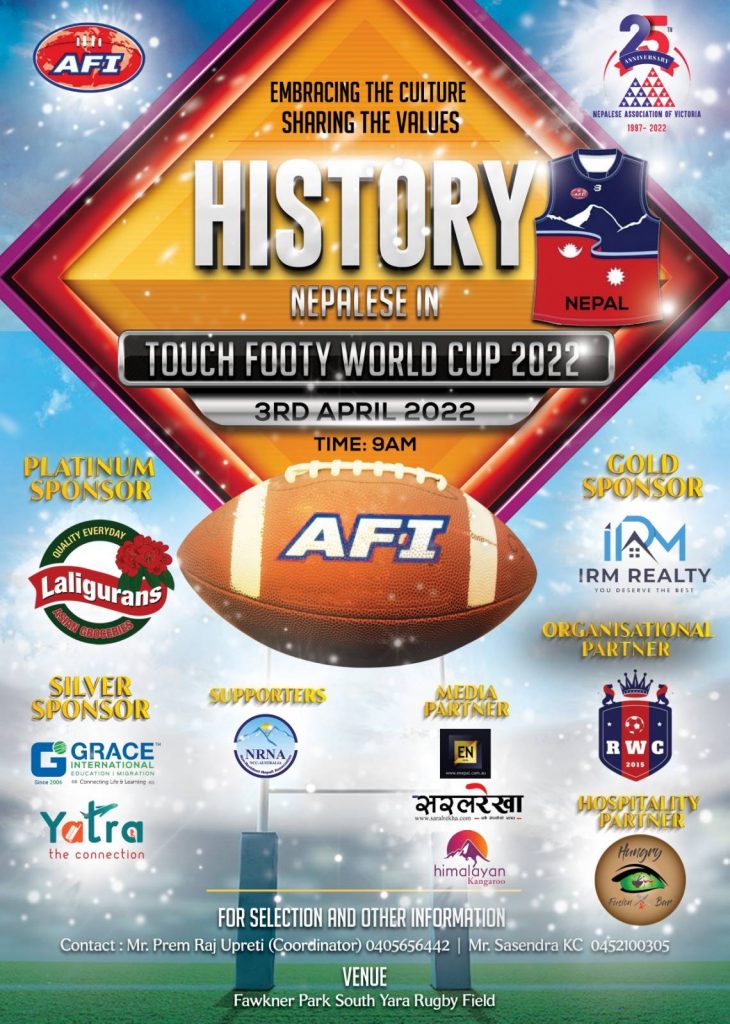