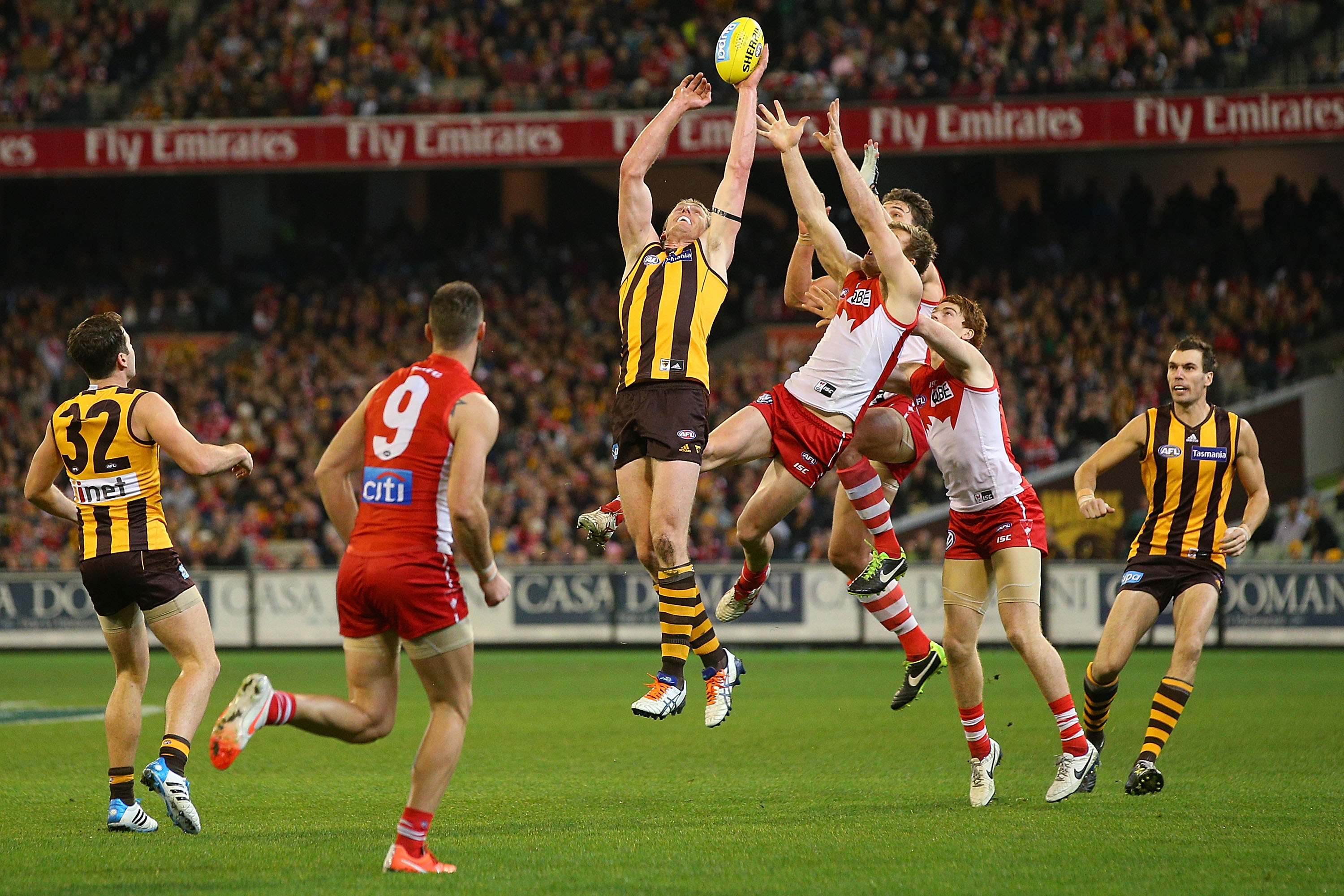 A feature of Australian Football is that many rules are open to the umpire’s interpretation. This often generates a ‘vocal response’ from spectators. However, good umpires are recognised by their ability to remain consistent in interpreting and applying the rules.

The penalty for an infringement of the rules is usually a free kick, or sometimes a 50-metre penalty, to the opposition team. The player receiving a free kick gains an advantage by being able to take the kick without interference from an opposition player. The same advantage is gained when a player marks (catches) the ball – directly from a kick – after it has travelled through the air for at least 15 metres without being touched.

Summary of the rules

Team: 22 players per team. 18 players on the field plus 4 extras (reserves) who can be interchanged at any time.

Goal: A goal is worth 6 points. The ball must be kicked over the line, by a member of the attacking team, between the goal posts untouched by player or a goal post.

Kick: Ball struck with the leg below the knee.

Mark: Ball caught on the full, directly from a kick and having travelled untouched at least 15 metres. The player can then take a kick or play on.

Handball: Holding the ball in one hand and hitting it with the clenched fist of the other hand.

Out of bounds: The whole ball must be over the boundary line. This results in a throw-in.

Out of bounds on the full: When a ball is kicked out of bounds without bouncing or being touched by a player, it results in a free kick to the nearest opposition player.

Free kicks: A free kick is given for:

Free kick downfield: When a player is tackled after disposing of the ball, a free kick is awarded to a player downfield (closer to goal) where the ball lands.

50 metre penalties: These are given when:

Time: A game is of 4 x 20-minute quarters with time added on (‘time on’) for time lost while the ball is out of bounds, being returned to the centre after a goal, a field bounce occurs, or for injuries. A quarter is not over until the umpire has heard the siren.

Umpires: The umpires make sure the game is played according to the rules. There are 3 types of umpires.

Field Umpires: 2 Field Umpires control the game by paying free kicks, marks, 50 metre penalties and instructing the players what to do in most situations.

Goal Umpires: There is a Goal Umpire at each end of the ground. They decide if a goal or behind has been scored.

Bouncing the ball: The Field Umpire will bounce the ball in the middle of the ground at the beginning of each quarter and after a goal has been scored. They will also bounce or throw the ball up when the ball has been trapped by players. This will take place where the ball was trapped.