The format is 9-a-side, mixed (men and women) and all matches are non-contact.

Brian Clarke, the CEO of AFI, revealed that the format is in response to the feedback from many multicultural communities, who in the past have been unable to participate in tournaments such as the Harmony Cup.

“Many of our communities have told us they would love to play Australian Football, but their two biggest barriers are finding 22 players, plus the physical nature of the sport. By removing these participation barriers, we are very pleased to make the World Cup much more accessible for them”, he said.

16 teams from Melbourne’s communities will participate in the World Cup, with each team representing their country of origin. Already expressions of interest have been received from Germany, Mexico, India and Malawi.

Apart from the footy, there will be cultural performances, plus music and food from around the world.

More information about the World Cup can be found on the AFI website. 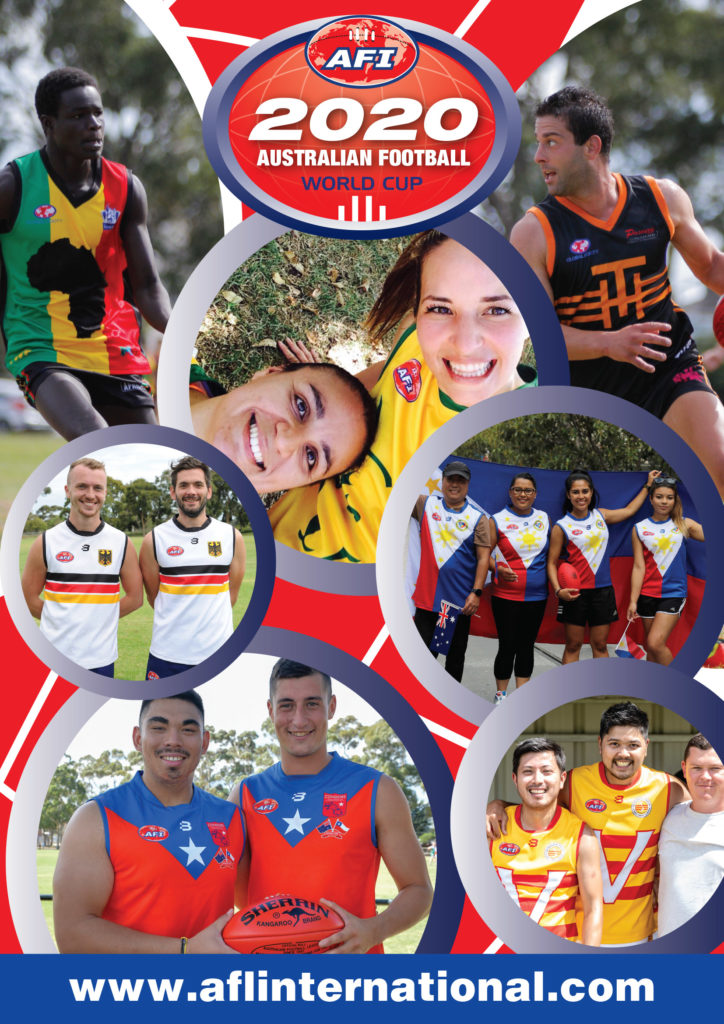